~ Dembrook was relieved as of Friday.~ 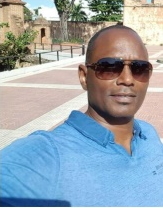 PHILIPSBURG:--- The head of the IT department of NV GEBE Merill Jimmy Temmer has been appointed Temporary Manager of NV GEBE as of Friday afternoon confirmed Chairman of the Supervisory Board of Directors Anastacio Baker.
Baker said that the SBOD of NV GEBE is working on finalizing the contracts for the three members of the management team, namely CEO Dr. Sharine Daniel, CFO George Willem, and COO Merrill Jimmy Temmer.
Asked how soon the management team will be appointed Baker said as soon as the contracts are finalized and approved by the Council of Ministers the signing will take place. He assured that the process will move faster than it did in the past.
SMN News learned that Mauricio Dembrook was relieved from the position last week, his last working day was Friday at 4:30 pm.