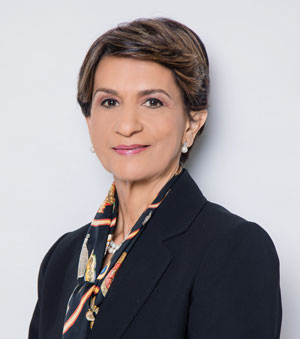 PHILIPSBURG:---  The changes in the Civil Code regarding short-term labor contracts, maternity, and paternity leave have been in the making since 2015! These changes were finally approved by Parliament on August 26, 2019. Upon investigation, it was revealed that this law was not published by Government, which is necessary for the law to go into effect”, said MP Sarah Wescot-Williams(UD) in a recent statement.
The MP explained that “pointing this omission out to Government only yielded the publication of a wrong version of the law, which had to be undone. The UD faction, initiator of these amendments, had provided the possibility for the Government to establish the date of enactment of the changes by National Decree. This was done in order to allow the relevant ministry to not only prepare for the enforcement but also to allow for dialogue with the social partners.”

Several inquiries lead the Minister recently to declare that his intention is to enact this law in the first quarter of 2022. Not to be faced with yet another setback, Wescot-Williams says she is “desirous of knowing as per when exactly this law will go into effect” and posed the following questions to the Minister.
When will an English version of this Civil Code Book be available? Have any further discussions been held with the social partners regarding the flexibilization of the labor market? What are the intentions of government for flexibilization, if any? Is a more definite date in mind for the new labor book of the Civil Code? If so, when will this be?

The MP explained her request for an English version of the law as follows: “If there is one law that should be easily and readily accessible to the community at large, it is, in my opinion, the Civil Code. I have the same view regarding the Criminal Code. These are laws that regulate an inordinate amount of matters that affect us in our daily lives and in our interactions with others. Changes should therefore be made available in the English language soonest.”
The MP further pointed out that the amendments to the civil code were primarily a result of labor tripartite consultations and these were part of an agreement with former VSA Minister Lee, which included that these consultations would continue, as the entire labor market and its policies would be examined.
Where the country package puts this type of consultation with the private sector is anyone’s guess, MP Wescot remarked.