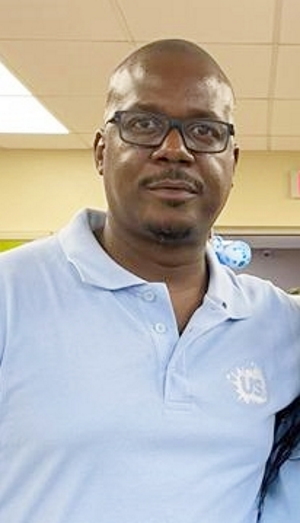 PHILIPSBURG:--- The board of the United St. Maarten Party (USP) on Sunday said it is astounded by the government’s lackadaisical approach towards what is happening at the hospital project, and questioned the status and security of the contract signed for the hospital project with INSO, now FINSO. “The many financial setbacks reported at the project should be raising alarms within government,” President of the USP Cecil Nicholas said.

The now confirmed reports about contractors and sub-contractors not being paid as well as the report of the recent resignation (forced or otherwise) of a financial executive attached to the project, “is very concerning to our party in particular after the people of St. Maarten was assured a project with air-tight financial management and control,” Nicholas said.

Nicholas pointed out that Minister of Public Health Omar Ottley’s “simplified response” to the ongoing saga at SMMC does not speak to previously mentioned assurances made by the former Director of the SMMC Kleen Klarenbeek in 2019, which assured SZV, the pension fund, and the people of St. Maarten of secured investment.

“Difficulties in opening a bank account cannot and should not be the order of the day, but beyond that promises made on the floor of Parliament with regards to safeguarding the people’s patrimony has to be accounted for. This project, like PJIA reconstruction, is simply taking too long and has too many questions hovering over it which government continuously dismisses as trivial,” Nicholas said.

In 2019 during the period when concerns were raised about INSO's financial stability and ability to guarantee the completion of SMMC's vision of expansion, Klarenbeek expressed willingness to work with INSO under “strict, strict conditions”.

The USP board further questioned the strength of the signed contract. “Why have the strict conditions not been enforced? Did the specific clause allowing SMMC to pay contractors directly make it to the final draft of the contract? If not, why not? If it was included why hasn’t it been executed?” Nicholas questioned.

On June 1st, 2021 INSO was acquired by Fincantieri Infrastructure, (FINSO). The original contract signed at the time for the construction/expansion of SMMC with embattled INSO was supposed to include securities to prevent the kind of scenarios taking place right now. In addition to an on-demand performance bond and payment bond, SMMC supposedly enter into direct agreements with “critical” subcontractors in case INSO was structurally unable to pay outstanding subcontractors.

“INSO has been a topic of negative discussion from the inception of construction talks at SMMC, the people were assured that all the warning signs and red flags associated with this company could be negated through strong contractual agreements. The government should at the least conduct an inquiry to determine that the country isn’t getting a six for a nine once again,” Nicholas concluded.