~ 3rd day in a row scooter accidents have been recorded.~ 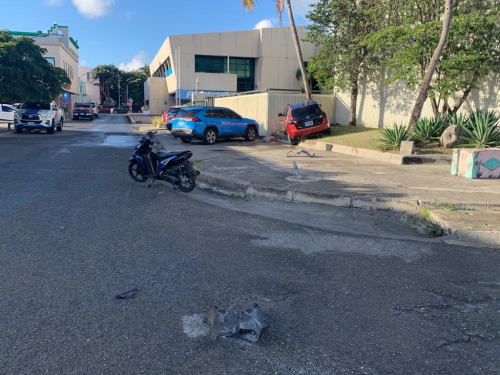 PHILIPSBURG:--- Police Dispatch received a call about 07.50 am for an accident where a scooter rider was severely injured.

Preliminary investigation indicates that the scooter rider and a red SUV were both traveling in the direction of the stoplight on Nisbeth Road.

The driver of the SUV indicated towards Codvil Webster street.

The rider of the scooter was at the same time busy overtaking several vehicles on Nisbet Road, while also being on his cellphone which caused him to slam into the SUV that was at that moment making the turn. The young rider suffered two broken legs and wounds to his face and body.

He was taken to the SMMC in serious but stable condition.
This investigation is still ongoing.