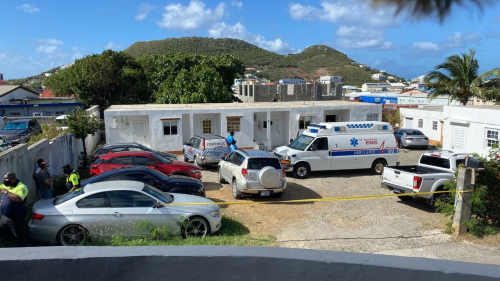 PHILIPSBURG:--- The police are busy investigating the shooting death of a man that was found in his apartment in Cole Bay. Based on information police released moments ago they said a man was found dead in an apartment on Zozo Moron Drive Cole Bay. Police said the man was shot to death, no further details have been disclosed.