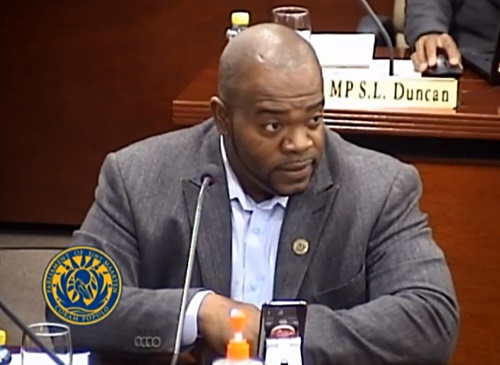 PHILIPSBURG:--- Independent Member of Parliament Christopher Emmanuel expressed disappointment with the Minister of TEATT Roger Lawrence.
Emmanuel said that in December 2021 and January 2022 he posed several questions to the Minister regarding the Princess Juliana International Airport (PJIAE) and he also reminded the Minister in February 2022.
Emmanuel said that only this morning moments before the parliamentary meeting begins he received the answers from the Minister. He said the meeting held on Friday was to be held on Monday and asked what if the meeting went ahead on Monday. He further asked how was he going to review the answers provided and posed clarifications.
In opening the meeting the chairlady of Parliament Grisha Heyliger Marten also expressed concerns. She said prior to Friday's meeting she indicated that a parliamentary inquiry may have to take place.