~President elect acted emotionally when he was declared President of the COM, Gibbs presented a list to form the executive council.~ 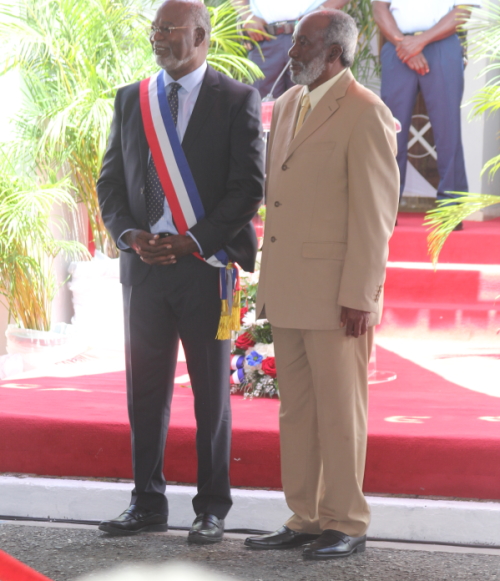 MARIGOT:---Leader of the Rassemblement Saint Martin and Alternative Loui Mussington that merged for the March 27th, 2022 run-off territorial election was elected unanimously as the President of the Collectivity of Saint Martin on Sunday, April 3rd, 2022 at the installation (swearing-in) ceremony.

When the announcement was made that all twenty-three members of the incoming council voted in favor of Mussington as the President-elect he reacted emotionally as he did not expect the opposition members of the council to support him as the newly elected president of the council. President Mussington sat in his seat for a few moments and even wiped his tears after he was pronounced President-elect.

Loui Mussington fought long and hard to represent the country where he was born and raised. He began his political journey as an activist at the early age of 16.  A fully rounded politician who served as a Regional and General Councilor before he was elected president of the Collectivity of Saint Martin.

The ceremony met with a snag when it was time for the election of the members of the Executive Council and the Vice Presidents of the council. 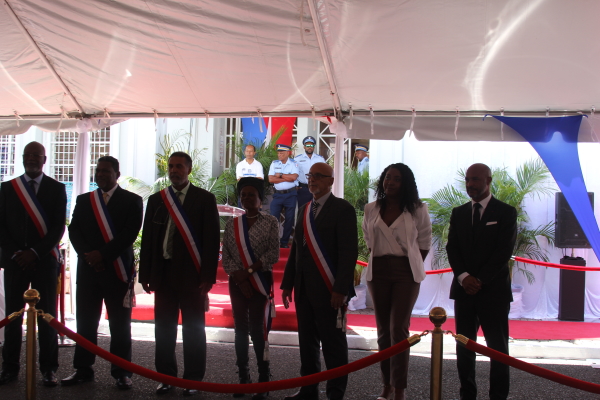 The elected members of the executive council were presented by the ruling majority RSM while outgoing president Daniel Gibbs also presented a list that was rejected by the majority.

For the election of the executive council leader of Generation Hope Jules Charville and Angeline Laurence voted in favor of the candidates submitted by the ruling majority. Therefore, the executive council received eighteen votes in favor and five blanks, clearly, TEAM Gibbs voted against the list because he presented a separate list.

The process then continued where the vice presidents were elected separately whereby the parity would not have to be respected.

Those elected Vice Presidents are as follows: 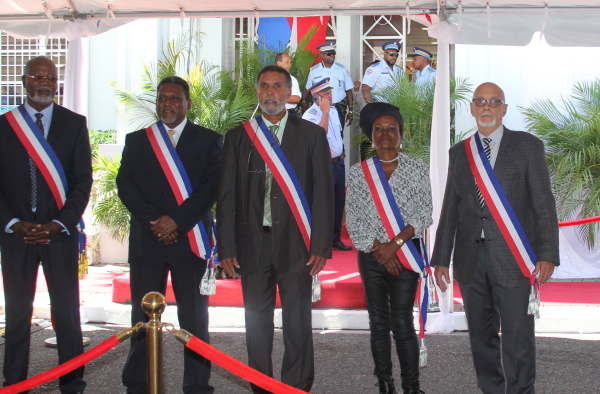 Based on the election of the Executive Council and Vice Presidents showed that the decision-makers are retirees and it is expected that they will guide the younger elected officials on their team.

The leader of the Alternative Valerie Damseau will remain the director of the Tourist Office and will use her knowledge to continue to enhance the tourism product. First Vice President Alain Richardson has been elected President of SEMSAMAR. The other VP Presidents will be receiving their portfolios on Tuesday when the Council holds it meeting.

President-Elect Loui Mussington who strongly believed in bilingualism made the first part of his address in the English language. He thanked the voting population, especially the 4,734 persons that voted in favor of his political party making him victorious in this election.

President-elect also thanked the younger generation who voted and made their voice known and showed political maturity. Mussington said he is a true product of the Saint James community and Saint Martin in general. He praised his parents whom he described as humble and hard-working people. He credited his late mother who did everything she could to ensure all her children received higher education even though abroad. Thus, he called on the younger parents of Saint Martin to do the same, “place your interest in your children’s education, do not allow them to be raised by the television.”

The President-elect said that his government is the true change that the people of St. Martin wanted. He said his government will govern the island as a team of elected officials and not as a one-man show.

Mussington said that they are very much troubled with the level of poverty on the island as such his government vowed to do whatever was necessary for partnership with the state to improve the living conditions of the people of Saint Martin.

The President said that the details of their plan of action will soon be made public which will tackle the high unemployment level and social crisis and reduce tension within the society, they must tackle the economic stagnation and the revitalization of Marigot. The President also disclosed that the Port and Airport project will receive his government’s support. He promised that first vice president Alain Richardson will present the economic platform to the general public.

In the meantime, the president called on the younger people to continue and make themselves resourceful and to take advantage of the different training programs that will be prepared by the Collectivity and the unemployment agency. He said that improving ones’ skills will be instrumental in accessing work opportunities.

President Mussington also committed his government to strengthen the cooperation between the two sides of the island therefore, they will collaborate closely with their counterparts and bring true meaning to cooperation while they will work efficiently on a joint cultural policy that would highlight the island's cultural identity.

The president declared that he is the President of all of St. Martin as this day marks a new beginning for Saint Martin.

Click here to view the photo album of the Installation Ceremony