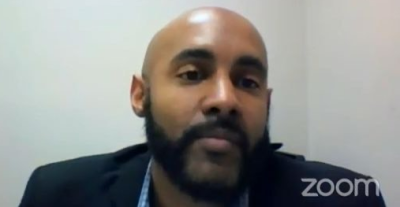 PHILIPSBURG:--- Independent Member of Parliament (MP) Chanel Brownbill congratulated organizers of the first Mid-Term Parliamentary debate hosted by IslandGalTing and the Sint Maarten Youth Parliament on March 25th via its various social media platforms. The debate focused on important topics related to parliament since 2020. The debate showcased various factions in parliament giving their take on questions prepared by the youth organizations. "I am proud to see these youth organizations host such important forums.

"Events like these help with informing the community about what is going on in parliament," said MP Brownbill in a press statement on Monday. One of the topics which stood out to MP Brownbill was the question on the identity of a St. Maartener and what should be done as far as adding resources to showcasing the island's various cultures.
The MP believes that it begins in the schools and hopes that the government can implement St. Maarten's history by letting students know about St. Maarten's rich culture via its curriculum. "We have been talking about the issue for some time now and it's time for action. I hope that the Ministry of Culture, Youth and Sport can take a comprehensive approach to realize this soon," stated MP Brownbill.

He also congratulated fellow MP's Brison, Gumbs, Wescott, and Duncan for their participation in the educational debate. The debate can be found on the social media platforms of the St. Maarten Youth Parliament.