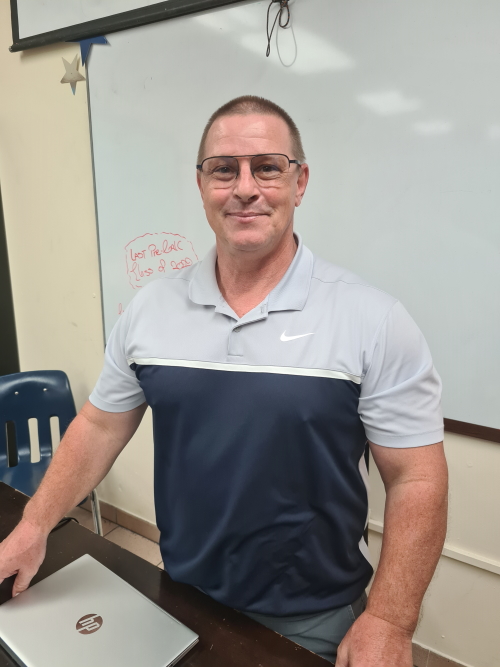 PHILIPSBURG:--- "Terricifc, a warm, kind-hearted bunch of kids" is how the senior students of the Learning Unlimited Preparatory School (LUPS or LU) were described on Monday as they built on the school's exceptional reputation of having its students accepted to some of the most prestigious colleges and universities around the world. Dean of Academics & Educational Counselor Mark Beland expressed how proud the school's management and faculty are of this committed group of students.

The much lauded "LU Education" delivered once again as the 20 students of the Class of 2022 persevered while earning $1,253,800 million in scholarships, and put together a very solid application season with some discernible highlights. All of this despite statistical circumstances which were initially viewed as real obstacles to college and university acceptance.

In a nutshell, 2022 was one of the most competitive and selective application seasons years on record with applications at US institutions and elsewhere up 5% and higher as the pandemic starts to wane. The acceptance rates to these institutions (Ivy League and post-secondary institutions of renown) were record lows. This means LU students had to be exceptionally great academically to get accepted in some colleges and Universities.

To name a few, though all are impressive, Valedictorian, Jamie Lynch, was accepted into the Tandon School of Engineering at New York University, both Cal Polys, Howard University, and the University of Connecticut. NYU received 105,000 applications this year and admitte just 12.2%, Ms. Lynch included.

Jason Yang and Heland Mo were both invited to attend the internationally regarded Life Sciences program at the University of Toronto, a school that is consistently ranked in the top 20 Global Colleges and Universities by US News. Ms. Mo, LU's salutatorian, was also accepted into Health Sciences at the University of British Columbia, perennially ranked in the top 40 schools in the world and second in Canada.

The list of notable acceptances continues with Grant Caputo who will undertake Environmental Engineering at the University of Wisconsin at Madison ranked #42 in the US, Mr. Caputo was also accepted to other well-ranked engineering programs at Michigan State and Cal Riverside. And, finally, Siddhant Vaswani put together a terrific application season earning acceptances into top-tier business programs across the US, particularly at Syracuse and Bentley University.

LU students didn't let the low acceptance statistics deter them and were also accepted to other fine institutions the world over. Aryan Notani, Avinash Khemchandani, and Prerna Ramchandani will be heading off to earn their BScs at the very well-regarded University of Western Ontario in London, Canada. Cristel Gumbs and Louis Rey Giraud are off to Concordia University in Montreal to study Economics and English Literature respectively. Shaila Snow will be working on her business degree in marketing at Carleton University in Ottawa, Canada, while Varun Vaswani will be at George Brown College in Toronto. Valeria Arellenos Torres and Danielle Quitadamo will be heading to Spain and France to earn their BFAs in filmmaking while Juhi Soneji will be working on her psychology degree at the American University Paris in France. Jholan Richards will begin his studies at Tallahassee and complete his course requirements at Florida A&M. Reva Hiranandani is on her way to Niagara College in Canada to work on her hospitality degree; Hadassah Patterson will be attending Jefferson State College in Alabama and Dev Sagre and Devin Lao will begin their post-graduate studies multi-media studies and business in Holland.

LU students were accepted to over 100 colleges and universities, averaging about 5 schools per student. "We have a great group of teachers and an eager group of students. Those forces come together and produce quality education and results with students who are eligible for any college and/or university in the world," Beland said.

Beland explained that by the time LUPS students reach the 12th Grade and during the course of the application period, from September through February or later of the senior year, each student works on myriad issues such as the implications of early decision/action, crafting of the student’s extracurricular resume, mock interview sessions, teachers’ recommendations, and financial aid investigation.

"Our College Counselor, English teachers, and administrators work with students across the course of the academic year as they complete and perfect their applications, essays, and letters of motivation. The LUPS College Counseling program supports each senior throughout the admissions process and helps students identify and gain acceptance to the college or colleges which suit their academic, lifestyle, extracurricular interests, and financial circumstances. This demonstrates the comprehensive process, yet again, of the value of an American-accredited LU education.

"Congratulations to our 2022 Senior Class for the amazing results. We would also like to thank all families, teachers, counselors, and administrators past and present for their continued dedication and support to the education of students at Learning Unlimited Preparatory School," he concluded.