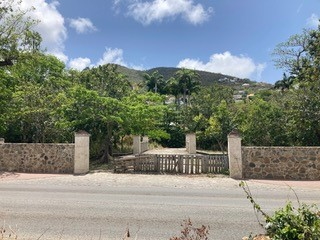 PHILIPSBURG:--- Gracita Arrindell states: “Sint Maarten took note of the recent public notices issued by the cabinet of the Governor of Sint Maarten in search of a new location to establish a Governor’s mansion. The criteria for the proposed structures are listed in full-page newspaper advertisements”.
“Twelve years after assuming our new status as Country within the Kingdom of the Netherlands, new location is sought for housing of the Governor of Sint Maarten from which to execute his/her constitutional duties.”
Arrindell states: “the quest to find a more centrally located office and residence for the Governor to welcome local, international and other invited guests and dignitaries is warranted. One such location to seriously consider is Mary’s Fancy Plantation. Mary’s Fancy Plantation remains a valuable public treasure to preserve whilst showing its historical meaning to its visitors.”
Gracita said: “Mary’s Fancy Plantation is beautifully and strategically located on the L.B Scot road opposite Emilio Wilson Estate another landmark and public treasure. Former Emilio Wilson estate foundation founding member and local historian Andre Patrick cited in an interview with the Daily Herald newspaper ( October 5, 2005) that quote: ‘the park boasts many historical sites on the grounds. Among these is the house of the island’s first governor (Jean Philips)’ unquote.”
Arrindell continued: “Mary’s Fancy Plantation was restored with public funds, including funding from the Antillean pension fund ‘APS’. This is the People’s patrimony. Considering this location for the purposes mentioned earlier can be cost-effective as well. No high rents or loans. Choosing Mary’s Fancy plantation may also prevent this property from future destruction if used commercially as intended almost three decades ago”
Arrindell continues and illustrates: “in the early nineties (1993?) part of this property was almost leased destined as a furniture store. A public notice was issued at the time by the department of physical planning and development, notifying the public that a request was submitted to acquire in long lease this property for commercial reasons. Anyone having objections to the proposed plans could do so within a certain period of time. These objections were filed within the deadline issued. “It is our understanding that these filed objections and concerns contributed to saving the current historical property from becoming yet another commercial property”.
“Government should consider reclaiming with fair compensation the legally acquired portion of this property currently used among others as a carwash. We are convinced that the public records pertaining thereto can be retrieved.
Gracita concludes and said: “prior to October 10th, 2010 clearly we missed the opportunity to have ready to occupy two buildings housing two critically important institutions of government and of governance which are the house of Parliament and the Governors residence prominently situated and proudly displayed. For the latter mentioned, Mary’s Fancy Plantation is a time-honored location surviving decades of neglect, now partially restored perhaps destined as the new governor's residence. Passing on its glory in a new and modern structure surrounded by history worthy of passing on to future generations. Let us not wait another decade”.