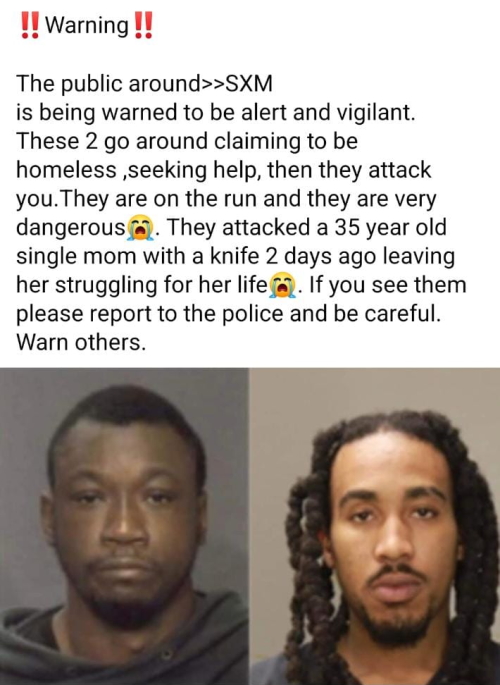 PHILIPSBURG:--- The police department has of today received several posts which are circulating on social media of two men who are alleged suspects in robbery cases on the island. The suspects would approach their victims, ask them for assistance and then rob them of their belongings. The posts also mentioned that these persons are being sought by KPSM.
No reports of these alleged crimes have been reported to KPSM and these two persons are not been searched for by the police.
However, KPSM is informing the general public that if they may have been a victim of such a crime to contact the police department immediately
You can contact the police department on the following numbers or by email:
Emergency number: 911
Non-emergency: +1721-54-22222
Anonymous Tip Line: 9300