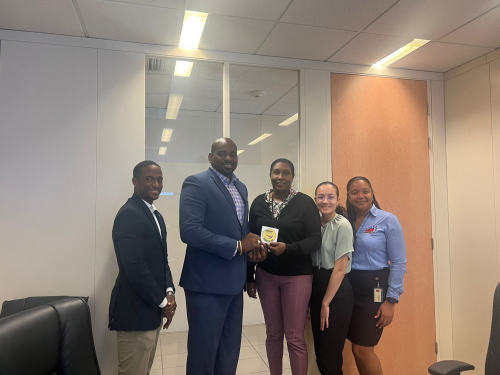 The Department of Statistics is responsible for the successful execution of the population census. Two groups of enumerators have undergone an extensive training program and by the end of September, approximately 100 enumerators will be dispatched island-wide to interview every single person in every household on Sint Maarten.

The questionnaire is quite extensive as the government of Sint Maarten tries to capture as much data as possible to answer the following questions:

The data gathered is anonymous and confidential and no individual data will be published. Regardless of nationality, legal status, or economic situation, everyone will be counted. Aggregate data will be analyzed and reports will be generated which will give the government the necessary information that is needed by all ministries to develop policies based on actual facts from our communities.

Data gathered will be analyzed and made available to the community as well via the website of the Department of Statistics so that people can see the results of the census.
From the population census we will get information on:

Some of the information that we have received so far from the pilot census that has already taken place, indicate that:

• As we suspected, we live in a society with people from varying backgrounds. We found that 32% of the people interviewed were born on Sint Maarten.
• When we look at an estimated average household cost. More analysis will be done to determine the estimated costs of particular households, looking at the vulnerable groups such as single mothers and the elderly but also looking at what is the most common family composition and what their household costs are.
• Surprisingly, the majority of the households that rent, pay less than $500 for their rent. There seems to be a direct correlation between the length of time that they are renting and the low rent, this could indicate that landlords are not increasing the rent regularly. Another interesting fact is that the less than $500 rent is paid for primarily studios or 1 bedroom units where sometimes up to 6 people live.
• The biggest source of discomfort to residents in neighborhoods are the presence of rats and other vermin such as mosquitos etc.
• Approximately 99% of all households are connected to the water and electricity grids
• 76% of the respondents consider their own health very good or good compared to their peers.
• High blood pressure (17.4%), diabetes (10%), and asthma (6.1%) were the top three noncommunicable diseases mentioned that people suffer from on Sint Maarten.
• Almost 45% use a personal vehicle to get to school
• The unemployment rate was 9.6%. This shows a decrease from December 2021 (10.8% ).

The Acting Minister of TEATT, Omar Ottley is asking everyone to cooperate with the enumerators as they come to your doors with their tablets to ask the questions. No information gathered in the census will be shared with other departments in accordance with the statistical ordinance and the ordinance on population counts.