~Government and representatives of N.V. GEBE hear the first round of questioning from MPs~ 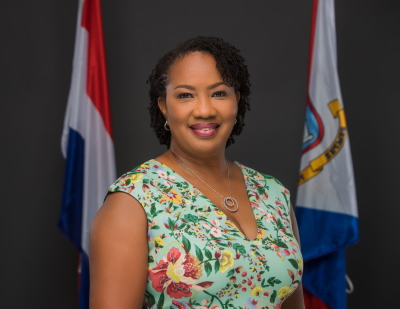 PHILIPSBURG:--- Prime Minister and Minister of General Affairs Silveria Jacobs was present in Parliament Public Meeting #21, which was held on Wednesday, August 24. The meeting in question was to address recent developments impacting the liquidity of the utility company and the ability of N.V. GEBE to continue as a going concern.

There was a request for postponement made by the Prime Minister, however, the request was denied by Parliament prompting Prime Minister Jacobs, members of her support staff as well as representatives from the Supervisory Board of the N.V. GEBE to be present.

It was made mentioned that the Prime Minister would only be able to attend until 12:40 pm, due to a pre-scheduled meeting with State Secretary Alexandra van Huffelen that would last approximately an hour, after which Prime Minister Jacobs would return to Parliament. The video call could not be rescheduled, as it was to discuss the upcoming Kingdom Council of Ministers Meeting taking place on Friday. The request for a 12:40 pm adjournment was granted by the Chairperson of Parliament, MP Grisha Heyliger-Marten

The meeting was requested by MP Ludmilla de Weever, MP Melissa Gumbs, MP Sarah Wescot-Williams, and MP Christophe Emmanuel, all of whom posed questions during the opening round of questioning, however, as per the initial statement, the Prime Minister was not able to remain during the round of questioning for three of the MPs’ questions; her support staff remained in her stead.

“It was unfortunate that the urgently called meeting could not proceed today,” said Prime Minister Jacobs, who also expressed that she was prepared to return to hear the questions and concerns of the Members of Parliament who had not yet had their turn. However, as indicated by the Chair, this was due to another meeting being scheduled to commence at 2:30 pm. Public Meeting #21 has been rescheduled for Friday, August 26, at 10:00 am.

The Council of Ministers deems the matters at N.V. GEBE of the utmost importance and will continue to do its due diligence in getting the necessary information and ensure follow-up on decision-making. These actions will lead to the needed clarity for the people of Sint Maarten regarding billing challenges, and the resulting financial consequences of N.V. GEBE, as well as the way toward financial stability.