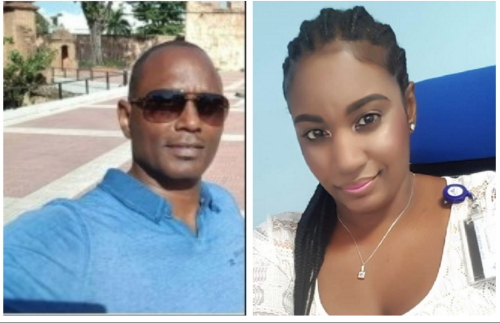 PHILIPSBURG:--- The newly appointed Temporary Manager of NV GEBE Troy Washington informed the staff of NV GEBE that the Chief Operations Officer Merrill Temmer has been officially suspended as of September 12th, 2022, the memo to the staff of NV GEBE states that Temmer has been suspended by resolution.
In a second memo sent to the staff, Washington said that since Sharine Daniel was the Temporary Manager of NV GEBE when the company’s servers were hacked by ransomware, a proposal was made to Daniel for her to go on voluntary leave of absence pending the independent investigation into the cyber attack that took place on March 17th, 2022.
The memo further explained that Daniel accepted the proposal to go on a voluntary leave of absence which became effective today September 19th, 2022.
Currently, Urla Granger is responsible for the internal audit department also effective immediately. 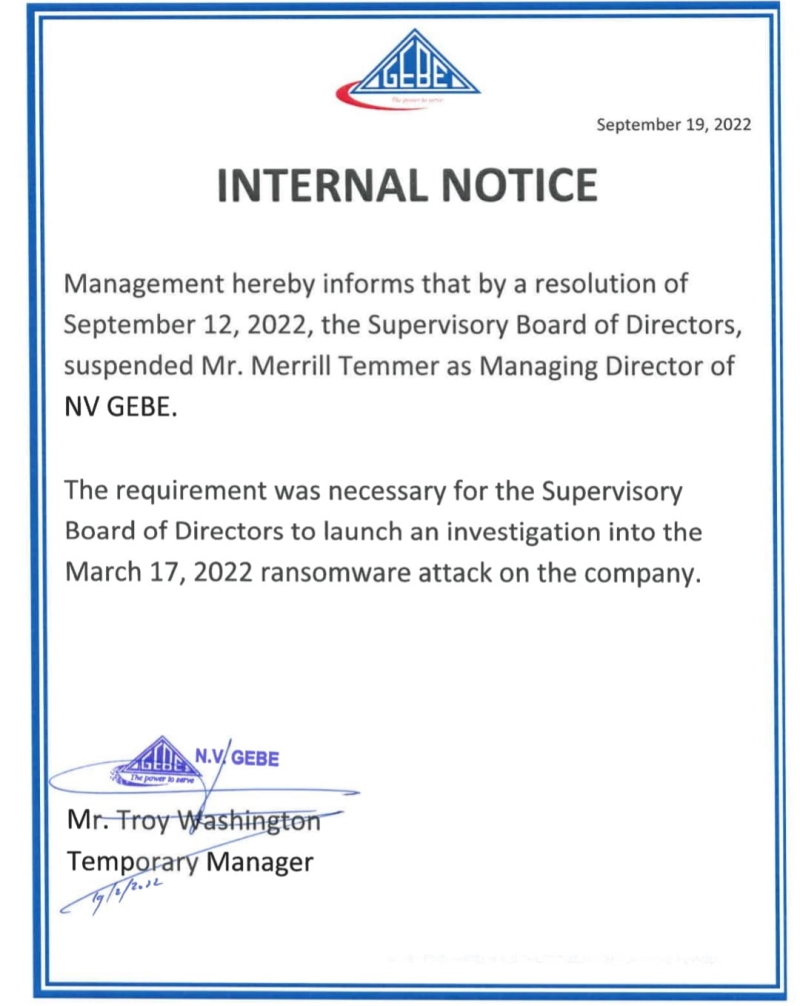 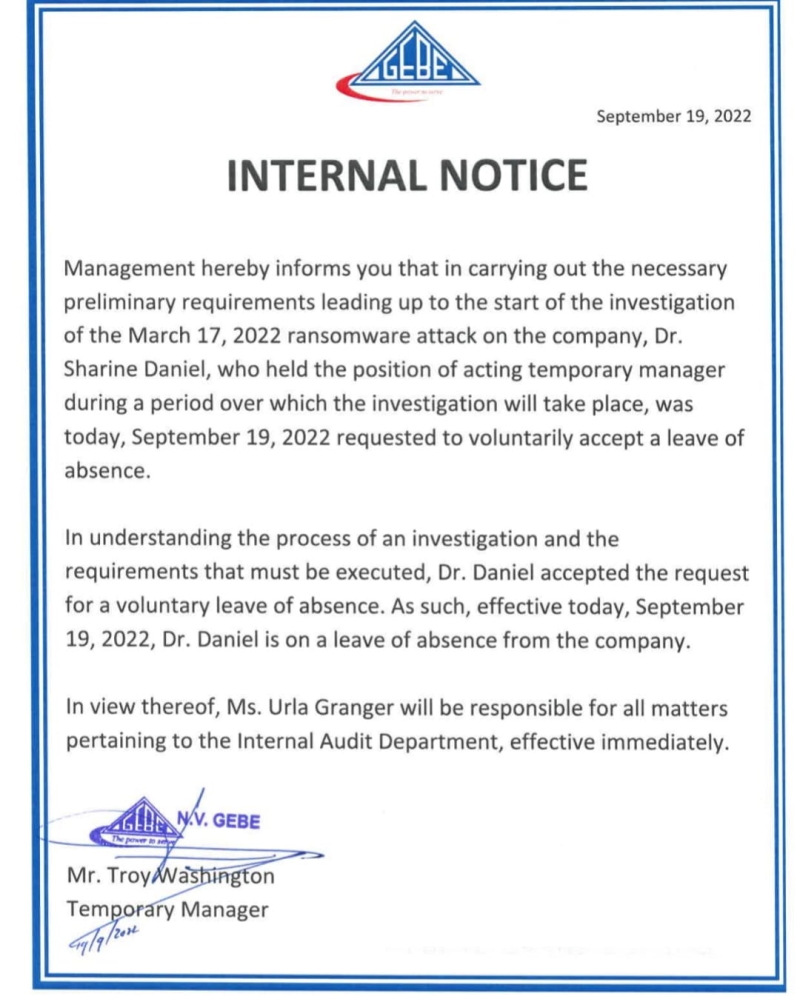