~ Project Management Team plans to take workers and airlines out of Terminal Building.~ 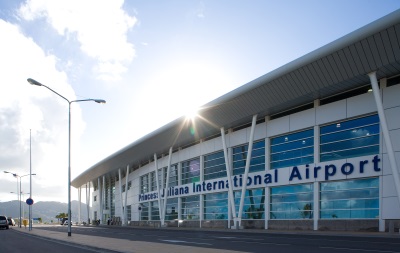 PHILIPSBURG:--- The Council of Ministers dispatched a letter to the Princess Juliana International Airport (PJIAE) seeking clarification on a number of things that have developed.

SMN News learned that the Council of Ministers is seeking information on the planned delay in the finalization of the Terminal Building by Ballas Nedam. They asked who is responsible for the scheduling and when exactly PJIAE management was informed of the planned delay.
The COM wants to know what the financial implications of the delay will be and when exactly the contractor plans to finish the project. They also asked if the World Bank was informed of the delay and when exactly did the management know that there was going to be an extended delay. The COM asks why the Shareholder wasn’t informed or the PJIAE Holding Board.

The Council of Ministers expressed their disapproval of the developments at PJIAE and especially how management handled the situation.
Besides the planned delay which is not yet determined the Project Management Team of PJIAE has decided to remove all the airlines and airport staff from the Terminal Building and to now place them in tents so that they could work faster.
SMN News learned that the contractor and its staff are unable to work during the day because the workers of PJIAE have been complaining about the noise made while the construction work is carried out.

PJIAE already rented tents from Miami after the passing of Hurricane Irma, the renting of those tents cost the airport an enormous amount of money.
What is troubling in this situation is that the former chairman of the Supervisory Board of Directors Alex Dijkhoffz had warned the management team when they opted to spend thousands of dollars to ship the tents back to Miami Florida instead of purchasing the tents and storing them on St. Maarten for future use. Questions are now being posed as to who will cover the costs to rent tents for the planned move. The planned move will affect all concessionaires that are asked to invest hundreds of thousands to rebuild their stores based on the plans made by PJIAE.
SMN News also learned that PJIAE hired former Member of Parliament Claude Chaco Peterson as a senior consultant. Peterson was recently introduced to the staff of PJIAE.