~Removal from Chair is not gender-based --- Marlin~ 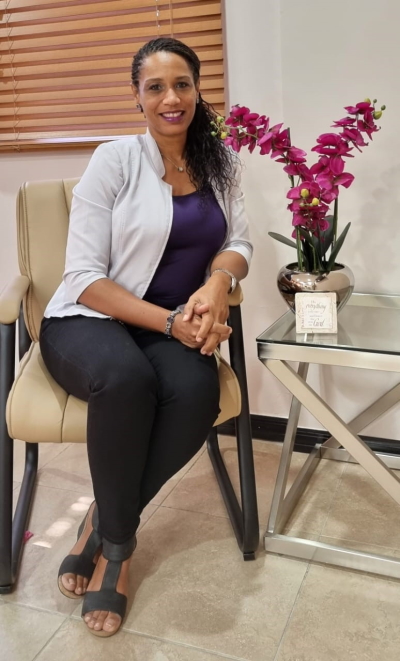 PHILIPSBURG: --- The majority of 8 members of parliament voted out Grisha Heyliger Marten from the chair of parliament on Thursday during a public meeting. The national alliance members of parliament made it clear that their decision to remove Marten Heyliger has nothing to do with gender but mostly because of the way Heyliger Marten treated her coalition members. One meeting that the faction leader of the National Alliance William Marlin highlighted was the way the chairlady handled the meeting the Party for Progress requested when they tabled a motion of no confidence against Minister of VROMI Egbert Jurendy Doran.
Marlin said that over the past months the coalition of the National Alliance and United Peoples Party have had issues with statements and treatment the Minister of VROMI Egbert Jurendy Doran received when the Party for Progress tabled a motion of no confidence against him. Statements such as meeting will be held at 3 pm with or without Doran's presence.
Leader of the United Democrats Sarah Wescot Williams shares another opinion, she said while the National Alliance faction leader said it has not to do with gender, it is her opinion it is gender-based.
Faction leader of UPP Rolando Brison in his presentation said that when his own explanation regarding the contention with the chair and her refusal to collaborate with some members of the coalition. Brison reminded Heyliger Marten of statements made earlier this year by the PFP and other members of the opposition when the chair signed off on the COHO and also the decolonization process.
Brison informed the Heyliger Marten that the members of the opposition do not care about her and but in fact are playing their own political games. He noted that the majority in parliament will select the new chair of parliament.
MP George Pantophlet said it is a pity the chair did not use the opportunity to resign from the position. While Member of Parliament Angelique Roumou who supported the motion said she voted in favor of the removal of the chair because a coalition agreement was made when MP Rolando Brison was forced to resign, Roumou said in that same agreement, a decision was taken to reinstate Brison after he had completed certain things.