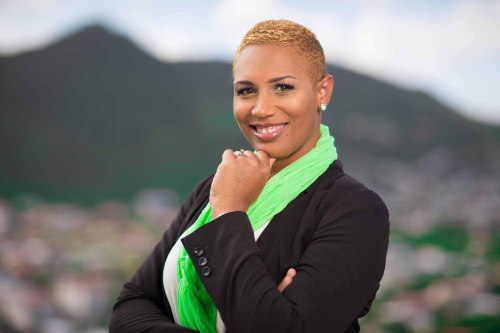 PHILIPSBURG:--- Member of Parliament Grisha Heyliger Marten, the wife of the founder of the United People's Party has officially resigned from the party the Heyliger founded.
Heyliger Marten made the announcement on Thursday afternoon on a Facebook live video. In opening the live, Heyliger Marten thanked the six Members of Parliament that voted against removing her, she said those six members of parliament never flip-flopped and remain consistent with their support of her.
Heyliger Marten said for the past 12 years since the UPP was founded, she campaigned for five elections. Heyliger said even though her slogan in 2020 says stand up, she never dreamt of standing up for herself, she said she was told that its politics deal with it, she was called dumb publicly and was threatened for following the rules of order.
Heyliger Marten said she was chastised, and persons even tried to weaponize her husband’s legal battles against her. The founder’s wife said she was lied to and today there are men within the UPP that can act and speak in a despicable manner while women are to remain submissive when spoken to.
She said she did not only stand up for herself in parliament on Thursday but in fact, stood up for all women that have been demonized and called angry Black women.