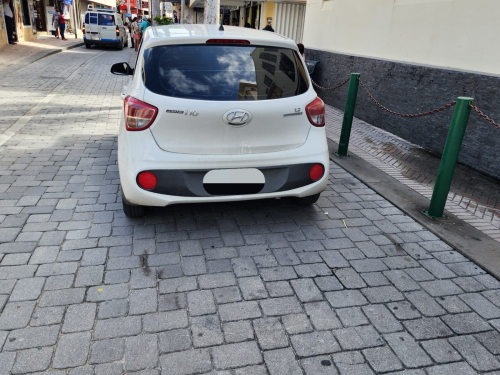 PHILIPSBURG:--- Police spot checks on Front Street have led to the arrest of three people for firearm possession on Wednesday, November 23, 2022.

Police foot patrol spotted and pulled over a white Hyundai i10 on Front Street. The driver and co-occupants were subjected to vehicle control. Officers discovered two balaclavas and a firearm in the vehicle. The driver and the co-occupants, one of whom was a minor, were arrested for violation of the firearms ordinance.

Firearms, balaclavas, and a car were confiscated by police. The three remain in police custody as the investigation continues in this case.

The spot checks were executed on Front Street, the Boardwalk, and surrounding areas. Several drivers were warned and/or fined for entering Front Street when it was closed off to vehicular traffic.

The street was closed to vehicular traffic from 9:00 am to 5:00 pm in connection with heavy foot traffic in Philipsburg and surrounding areas from residents as well as cruise ship passengers from the six cruise ships in port.