PHILIPSBURG:--- An infant was injured in rear-end collision, around 8:00 a.m., on September 23, 2021, Police Central dispatch received a call about a traffic accident at the intersection of Gladiola Road and Carnation Road.

Preliminary findings are that the driver of the blue i10 was not able to regulate his speed and rear-ended a purple Toyota Corolla in front of him.

Due to the impact, a child who was seated in the rear of the vehicle sustained some minor injuries. The child was treated by the ambulance personnel.

It later emerged that the driver of the i10 was not in possession of a driver's license. He was issued a fine and the car was impounded for further investigation.

The St. Maarten Police Force reminds drivers to have the necessary documents while driving on public roads. Furthermore, a plea to parents of under-age children to wear their seat belt in the car or remain seated in the car seat while driving. 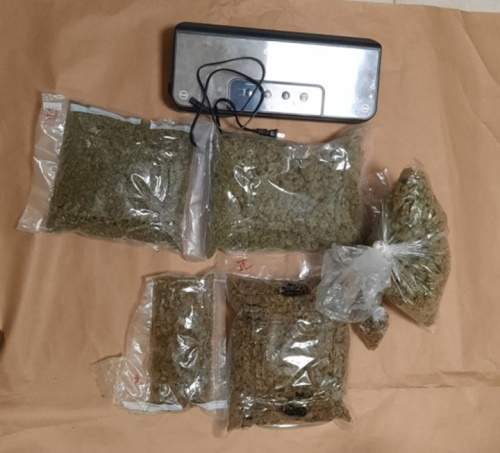 PHILIPSBURG:--- On September 23, 2021, the Alpha Team carried out a house search and arrested one suspect with the initials Z.M.D.D. (24) for his involvement in a drug-smuggling operation. The house search and arrest are in connection with an ongoing investigation into trafficking and/dealing in narcotics.
The incident that triggered this investigation took place in July 2021 at Princess Juliana International Airport. Several items were relevant to this investigation were confiscated during the search.
After the search, the suspect was transported to the police station in Philipsburg and detained there in connection with the further investigation.
The Alpha Team is a joint multidisciplinary Team consisting of the Police KPSM, Customs, Immigration, Royal Military Police, and the Coast Guard. 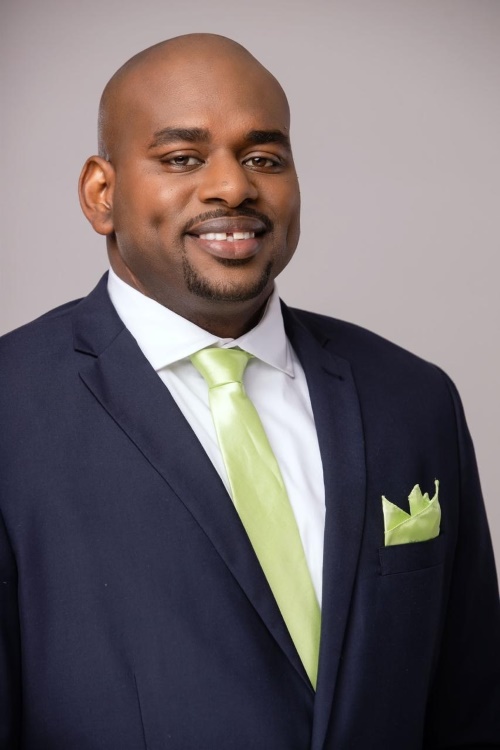 PHILIPSBURG:--- As of September 23rd, there were seventeen (17) persons who tested positive for COVID-19; however eleven (11) persons have recovered; bringing the total active cases to one hundred sixty-five (165). The total number of confirmed cases is now four thousand one hundred seventy-eight (4178).

The Collective Prevention Services (CPS) are monitoring one hundred fifty-six (156) people in home isolation. Nine (9) patients remain hospitalized at the St. Maarten Medical Center. The total number of deaths due to COVID-19 remains at sixty-one (61).

The number of people recovered since the first case surfaced on St. Maarten has increased to three thousand nine hundred fifty-two (3952). One hundred nine (109) people are in quarantine based on contact tracing investigations carried out by CPS.

The Ministry of Public Health, Social Development, and Labour (VSA) Airport Health Team in collaboration with Health Care Laboratory Sint Maarten (HCLS) have tested 3, 704 travelers arriving at the Princess Juliana International Airport (PJIA), while CPS tested 41, 509 people throughout the community. As the numbers continue to fluctuate, CPS will continue to actively execute its contact tracing measures.

Minister Ottley urges all unvaccinated persons to come out to the vaccination pop-up drive on Saturday, September 25th, at SMMC premises in Cayhill from 9:00 am to 3:00 pm. On-site there will also be Prostate cancer screening and a health check corner with blood pressure and glucose monitoring. 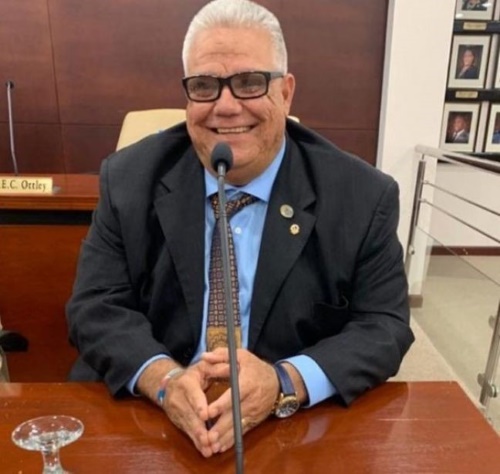 PHILIPSBURG:--- During the public meeting of parliament on Thursday, MP Buncamper stated in his notification remarks that he believes that a harsh tone has already been set for this meeting regarding the disrespectful letter of the Minister of VROMI to the Ombudsman, a high council of this country. The remarks directed to the ombudsman about her personal life have absolutely no bearing on the questions that were posed. Those types of remarks were totally out of context when addressing any high council in this country. They were basically sexist. I once told a person on this floor not to “whine like a woman” and I took the high road and apologized the same afternoon publicly as I meant no disrespect to the woman of the country. I hope that you use the opportunity given here today to you to also take that high road and apologize to the Ombudsman.

During his turn to question the Minister of VROMI, Egbert Doran, the MP posed the following questions regarding the Vineyard Heights land issues. 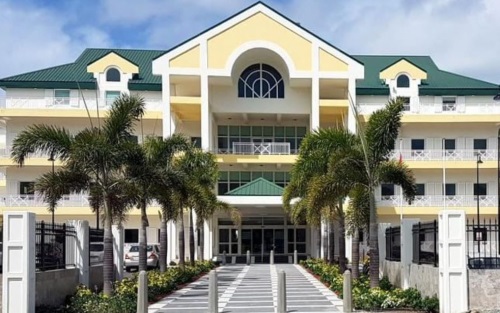 PHILIPSBURG:---  The Government of Sint Maarten would like to address the two articles regarding the Sint Maarten Housing Development Foundation (SMHDF) that were published in The Daily Herald earlier this week. In these articles, SMHDF expressed its disappointment about the funding allocation decisions of the Sint Maarten Trust Fund.

Since the inception of the Trust Fund in 2018, 369 SMHDF units have been repaired, totaling US$ 1.06 Million. Worth noting is that the National Recovery Program Bureau (NRPB) is making the final preparations to refurbish the 64 Belvedere tower apartments. These repairs, which have an estimated value of US$ 5.4 Million, have already been tendered and are scheduled to commence in the next few months. As it relates to the announcement of SMHDF to increase the rent of their tenants, the Government will be seeking further information from SMHDF.

On the statements made by the Steering Committee, the Government wishes to clarify that support from the Trust Fund, with the repair and new construction of low-cost housing, has been proposed on several occasions without setting a definitive amount. In a letter to the Steering Committee in March 2020, the Government estimated that a total amount of 22 million US Dollars would be needed for repairs in Belvedere. With this letter, the Government also reconfirmed its support for a potential housing project and highlighted possible financial support for SMHDF as part of such a project.

At the request of the Government, a Rapid Housing Sector Assessment was conducted by the World Bank, and extensive technical assistance was offered to SMHDF over the last few years. A review of the financial situation of SMHDF showed the need for structural improvements with the financial management of the Foundation. The recommendations as outlined in the Assessment are intended as a framework for discussion with the Government about possible actions to improve the housing market in Sint Maarten.

The Steering Committee met several times to discuss a potential housing project based on the outcomes of the Rapid Housing Sector Assessment and the financial review of SMHDF. Initially, a decision on a housing project was not made, as it was not clear whether there would be sufficient funds remaining in the Trust Fund for such a project. In July 2021, on the initiative of the Government, the Steering Committee agreed to earmark 20 million US Dollars for a potential housing project and requested the World Bank and the NRPB to prepare a detailed proposal for final decision-making. In preparing this proposal, the World Bank and the NRPB have also been requested to consider the opportunities of blended financing to increase the available envelope. The Government intends to bring other financial parties to the table in the preparation of this project. In the coming months, consultations with stakeholders and possible project partners are scheduled to take place, including with SMHDF. Unfortunately, SMHDF made its statements publicly without having further dialogue with government on the earmarked funds.

In closing, this Government would like to emphatically state that our priority has always been to solve Sint Maarten’s dire lack of access to adequate housing, and we will continue to seek opportunities to remedy this during the current governing period. Is it relates to the announcement of SMHDF to increase the rent of their tenants, Government will also be seeking clarifications on the decision to enforce such.