Both the country’s tropical cyclone and excess rainfall parametric insurance policies were triggered due to TC Eta. Eta was the 29th and most powerful tropical cyclone of the 2020 Atlantic Hurricane Season and made landfall in Nicaragua as a category 4 hurricane, bringing catastrophic winds, storm surge and rainfall.

Since its inception in 2007, CCRIF has made a total of 47 payouts to 14 of its member governments, totalling approximately US$174 million. CCRIF’s payouts provide quick liquidity to governments immediately following a natural disaster, allowing them to address their most immediate needs. CCRIF’s assessments on the use of payouts have shown that over 2.5 million persons have benefitted from CCRIF payouts, which have been used by governments over the years to provide food, water, medication and shelter for the most vulnerable in their populations, and for immediate repair to damaged roads and other critical infrastructure, among other uses.

On the announcement of the payout, Nicaragua’s Minister of Finance and Public Credit, His Excellency Iván Acosta commented, “We want to extend our recognition for the excellent work by the team of CCRIF SPC, for their effectiveness in their mission to serve the peoples of Central America and the Caribbean in their moments of greatest need, such as when they face a climatic or catastrophic event.”

This is Nicaragua’s third payout from CCRIF. Previous payouts have been US$1.1 million following Tropical Cyclone Otto in November 2016 and US$500,000 for an earthquake in June of that year. Nicaragua was the first Central American country to join CCRIF, doing so immediately following the signing in 2015 of a Memorandum of Understanding (MOU) between CCRIF and the Council of Ministers of Finance of Central America, Panama and the Dominican Republic (COSEFIN). While CCRIF was established for Caribbean governments, this MOU enabled Central American countries to join the Facility. Two other Central American governments – Guatemala and Panama – also are members of CCRIF.

According to the preliminary assessments provided by Nicaragua’s National Disaster Prevention System (SINAPRED), Hurricane Eta generated much damage and destruction as it passed through northern Nicaragua, severely affecting the country’s North Caribbean Coast Autonomous Region. Reports from local and regional sources indicated that Hurricane Eta resulted in over 1,700 homes being affected, with 803 partially damaged and 77 destroyed; 1,500 families being evacuated; 30,000 people accessing shelters with some subsequent damage to shelters caused by high winds; interruptions of electric power that affected approximately 50,000 persons; the municipalities of Waspam and Puerto Cabezas being cut off due to the overflow of the Wawa River; and many other communities being affected by flooding.

TC Eta affected to a lesser extent five other CCRIF member countries in Central America and the Caribbean: Guatemala, Belize, the Cayman Islands, Jamaica, and The Bahamas.

The 2020 Atlantic Hurricane Season, which will end on November 30, is the most active Atlantic hurricane season on record in terms of the number of tropical cyclones – so far recording 30 named storms, 13 hurricanes, and 6 major hurricanes – and, along with the 2005 season, is the only hurricane season to feature the Greek letter storm-naming system. Also, whilst the hurricane season officially starts on June 1 each year, the 2020 season witnessed pre-season cyclones Arthur and Bertha on May 16 and 27 respectively.

2020 has been an extraordinary year globally, and moreso for countries in the Caribbean and Central America, which are not only grappling with the effects of COVID-19 but also with the impacts of climate change. CCRIF member governments have been confronted with the dual effects of increasing damage and loss due to the frequency and intensity of tropical cyclones as well as a range of socioeconomic impacts as a result of COVID-19, all within the context of diminishing fiscal space and a not so positive economic outlook.

As part of its response to the COVID-19 pandemic, CCRIF engaged early in the year with the donor community to access support for its members. Consequently, the Facility’s international development partners stepped forward to support member governments to cover portions of their CCRIF parametric insurance costs for the 2020/21 and 2021/22 policy years. The European Union provided a grant of €10 million (US$11 million) to CCRIF for premium support or increasing coverage for its Caribbean members, the Central America and Caribbean Catastrophe Risk Insurance Program Multi-Donor Trust Fund provided a grant of up to US$10 million to COSEFIN member countries for premium support for policy years 2020/21 and 2021/22, and the Canada-CARICOM Climate Adaptation Fund provided funding of US$12.4 million to seven Caribbean CCRIF members to cover a portion of their parametric insurance premium costs and to two potential members if they joined CCRIF. CCRIF also provided its member governments with a 5 per cent discount on gross premium for tropical cyclone coverage and a further discount of 15 per cent on additional coverage purchased for increased tropical cyclone and/or earthquake coverage for the 2020/21 policy year.

In reflecting on the impacts of the 2020 Hurricane Season and specifically Tropical Cyclone Eta, CCRIF CEO, Mr. Isaac Anthony, stated, “CCRIF extends sympathies to the Government and people of Nicaragua for the losses incurred due to Tropical Cyclone Eta and as well as to our other member governments and other countries that were impacted by this event. The Facility stands ready to support the governments affected in their immediate recovery and longer-term rehabilitation efforts”. 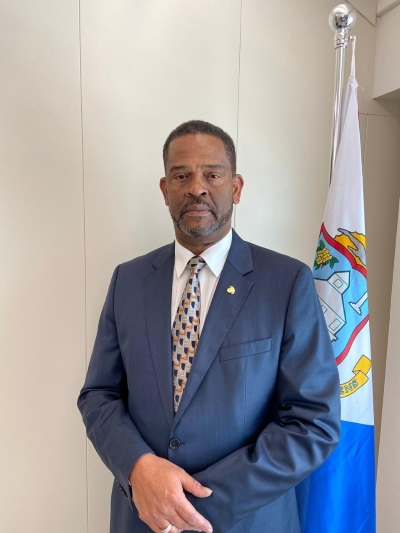 PHILIPSBURG:--- As of November 16th, there were six (6) persons who tested positive for COVID-19; however, there was a recovery rate of twenty- two (22) persons; bringing the total active cases to fifty- eight (58). The total number of confirmed cases is now nine hundred and thirty- nine (939).

The Collective Prevention Services (CPS) are monitoring fifty- one (51) people in home isolation. Seven (7) patients are currently hospitalized at the St. Maarten Medical Center. The total number of deaths due to COVID-19 remains at twenty- four (24).

The number of people recovered since the first case surfaced on St. Maarten has increased to eight hundred and fifty- seven (857). Two hundred and twelve (212) people are in quarantine based on contact tracing investigations carried out by CPS of persons who may have been in contact with any of the active cases.

CPS has tested 1331 travelers arriving at the Princess Juliana International Airport, (PJIA) and 7088 people throughout the community. As the numbers continue to fluctuate, CPS will continue to actively execute its contact tracing measures.

Minister Panneflek would like to remind everyone of the necessary precautions to safeguard their health, that of their families and our community. If you have flu-like symptoms, remain at home and call your family doctor.

Dutch Caribbean Nature Alliance (DCNA), a regional network of protected areas set up to assist the Protected Area Management Organizations of the six islands, announces the upcoming first Big Live Nature Quiz on 25 November at 4:00-5:30 pm for all kids in the age range of 11-14 years old. It is online, free, fun, and all about our Dutch Caribbean nature. In 2020, our expectations of nature education have changed drastically as teaching strategies have switched to using digital tools. This quiz will launch a new form of engaging our islands’ youth through technology and bring awareness of conservation of our protected areas.

The yearly Junior Ranger Exchange Event, bringing the youth of the six Dutch Caribbean islands together on one island to learn about each other’s nature, unfortunately, was canceled this year due to the corona crisis. However, to counteract the circumstances of this year with positivity, the online Big Live Nature Quiz was created to enhance the support for nature education officers as well as a youth while staying safely on their respective islands.

“We are very excited to launch our first Big Live Nature Quiz and to continue our mission in supporting the protected area management organizations of the Dutch Caribbean through nature education. This event can be a game-changer for teaching nature education on a larger platform and can be extremely fun for the participants!” said Dahlia Hassell, DCNA’s Projects Officer.

The live interactive quiz will be set up in different topics such as Flora and Fauna, Ecosystems, Climate Adaptation and Sustainability and questions about the National Parks of the Dutch Caribbean- managed by STINAPA Bonaire, CARMABI on Curaçao, Aruba National Park Foundation, Saba Conservation Foundation, STENAPA on St Eustatius and Nature Foundation Sint Maarten.

Participants have the ability to win a snorkeling/sailing trip around the island with a group of 4 friends. We encourage parents and guardians to share this information with their kids so that they can have an opportunity to interact with other participants from the Dutch Caribbean, learn about nature, and have a good time with friends.

“Participating is already learning! It is not required to prepare or study for this interactive live quiz. However, if you want a higher chance of winning, you can learn more about the topics by visiting f.e. https://www.DCNAnature.org and the park management websites of the Dutch Caribbean. This live quiz is a great opportunity to learn more about nature not only on your own island but also about the other Caribbean islands in the Kingdom of the Netherlands…. And it is super fun!” Further explained Tineke van Bussel, DCNA’s Research Communication Liaison

The Big Live Nature Quiz will take place on Wednesday, November 25th at 4:00 - 5:30 pm. Kids living in Aruba, Bonaire, Curaçao, Saba, Statia, and St Maarten, in the age range of 11 -14 years old are welcome to join. The quiz will be in English, with Dutch and Papiamentu subtitles. You can join alone or form a team with max 4 kids. All you need to participate is a connection to the internet, a computer, a phone and of course a good mood!

MULLET BAY:--- Over the weekend 16 avid golfers split up in 4 teams and headed out to a non--moonlit Mullet Bay Golf Course to show off their skills in the dark.

Geared up with glowing golf balls and a pair of flashlights each team was trying to score as low as possible. After a fierce battle, lost balls, and near hits the surprising winner of this year’s Moonlight Scramble was ‘The Flying Dutchmen’ consisting of Andy Holmes, Jan Hendrik Boekaar, Jan Peter Holland, and Thomas Zorn who ended the 10 holes stroke play event with a total score of 31 net.

With a combined handicap of gross 91 Team, ‘The Flying Dutchmen’ was on a mission to prove that you don’t need to be a pro to have fun playing golf or to win a tournament even if it is the dark.

The second prize was won by the team of Fred Boureau, Francois-Robin Philippe, Ludovic Brun, and Laurent Mesguich with a total score of 34 net. The third prize was taken by team of Howard Hobgood, Lee Hallam, Keith Graham, and Daniel Hobgood with a total net score of 34 as well. The French players winning by having a higher handicap.

After the golf, a wonderful prize giving ceremony was hosted at the Simpson Bay Yacht Club where all teams enjoyed drinks until late at night. Some teams basked in the glory of winning while others commiserated with what could/should have been!

The next tournament organized by the SMGA will be the annual Christmas Scramble on December 12th, 2020 where one and all will start a pre-celebration of Christmas on the golf course in this exciting tournament.